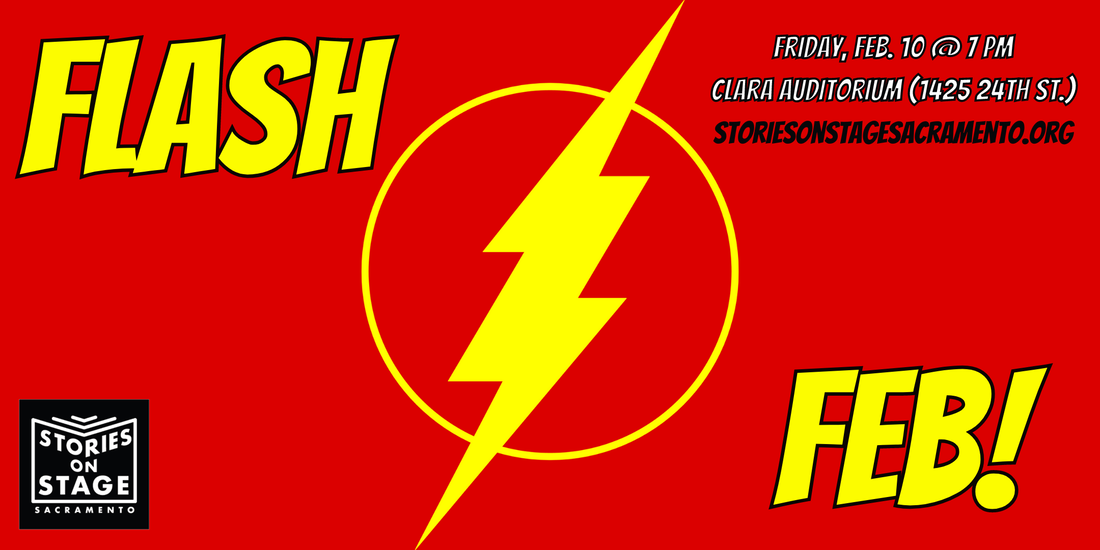 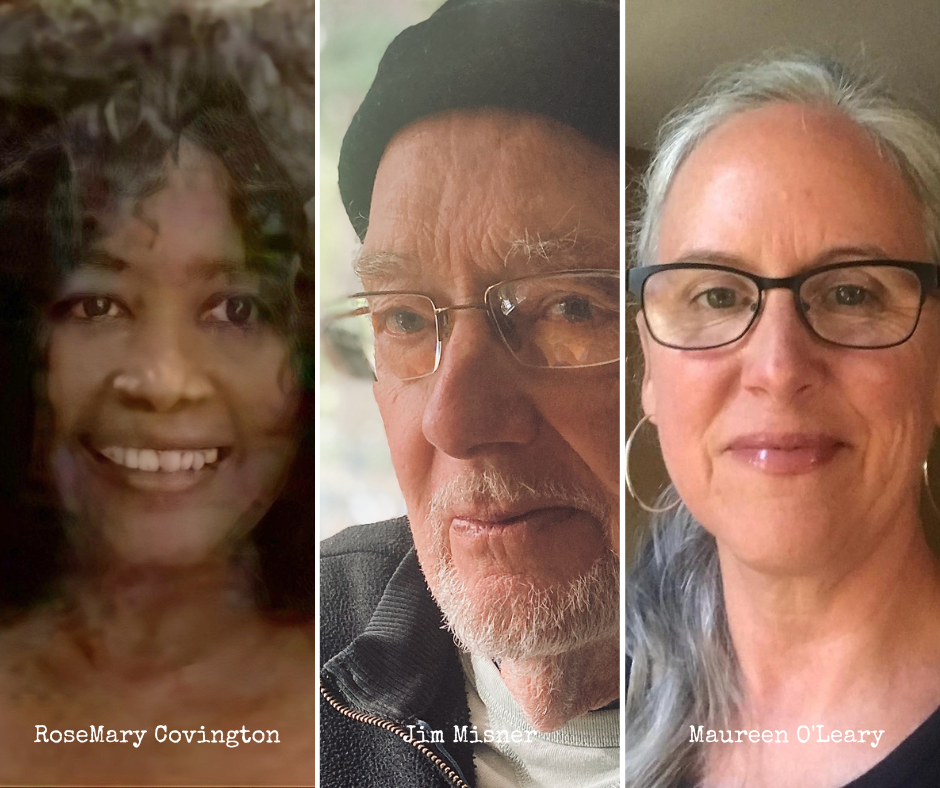 RoseMary Covington Morgan retired from a successful career as a transit planning and development executive manager to accept a new challenge as an author. A lifelong writer, she picked up the pen again almost four years ago.
​
Most recently, RoseMary published the short story “The Song" in the anthology Storytellers: Tales from the Rio Vista Writers’ Group. She also has three short stories — “My Big Red Shadow," “T'was" and “School Shopping” — and two poems published in the Northern California Publishers Anthologies. The Sacramento Branch of the California Writer’s Club published her short story “Minnow Mildred” in their 2022 literary review Visions.

She has completed several other short stories, one novel and one novella. As of this date, she is moving toward publishing more of her work. RoseMary grew up in St. Louis, Missouri, and has lived in Cleveland, Ohio, and Washington, D.C. Presently, she lives in Sacramento.

Jim Misner, native San Franciscan, was first introduced to the literary world as a paperboy for the Independent Journal in Mill Valley, CA. Mr. Belgrade’s Advanced English at Drake High further fueled his interest in writing and the poet Lew Welch’s Introduction to Afro-American Literature at College of Marin in the ’60’s cinched it.

It was late in the game, though, that he returned to writing after taking early retirement from the entertainment world. In consideration of his wife’s words that he better find something to do besides playing tennis and card-room poker, he attended a creative writing class at the local college, which turned out to be just the ticket. Subject never looked back.

Over the next half-dozen years, Jim wrote a thousand words per week in short story form (flash fiction), a size best suited for writing workshops. Public readings followed and eventually several stories were submitted and selected for literary magazines (including the excellent West Marin Review).

When Covid19 caused isolation, many of the stories were compiled in book form and published with the aid of for-mentioned wife’s editing and formatting skills. Much excitement ensued in bringing out A Short Ride in the fall of 2021.

Maureen O’Leary is a writer and teacher living in California. Her short stories, poems and essays can be found recently and soon in Bourbon Penn, Nightmare Magazine, Reckon Review, Occulum Journal, Flame Tree Press' anthology Alternate History and Sycamore Review, among other places. She has recently been nominated for a Pushcart Prize and serves as the managing editor of The Black Fork Review. She is a graduate of Ashland MFA. 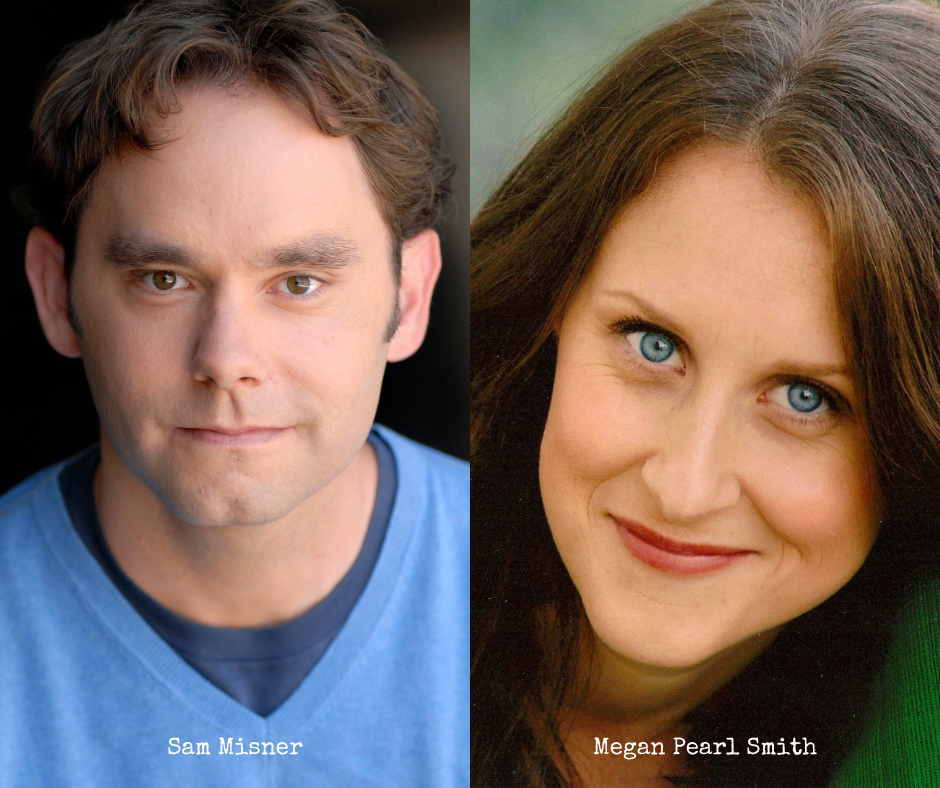 Sam Misner is happy to be part of Stories on Stage Sacramento for the first time. His regional theater credits include Indiana Repertory Theatre, Syracuse Stage, Geva Theatre Center, Colorado Shakespeare Festival, and four seasons with Shakespeare Santa Cruz. Local credits include Sacramento Theatre Company and Capital Stage. Sam is also a songwriter and tours regularly with the Americana/folk duo Misner & Smith. They have released five critically-acclaimed albums and have composed original music for productions at Sacramento Theatre Company (The Grapes of Wrath, To Kill a Mockingbird) and the Colorado Shakespeare Festival (As You Like It). They tour extensively in both the U.S. and England and are currently in the studio recording their new album, due out later this year.

​Megan Pearl Smith is an actor and musician based out of Davis, California. She's worked in productions at many theaters over her career such as Capital Stage, Sacramento Theatre Company, California Shakespeare Theater, Tahoe Shakespeare Festival, San Francisco Playhouse, Colorado Shakespeare Festival and many more. She is also half of the band Misner & Smith, which plays its own brand of story-driven, harmony-filled, acoustic folk/rock music. Check out Jessica Laskey's interview with Megan here.

Check out Misner & Smith at www.misnerandsmith.com! 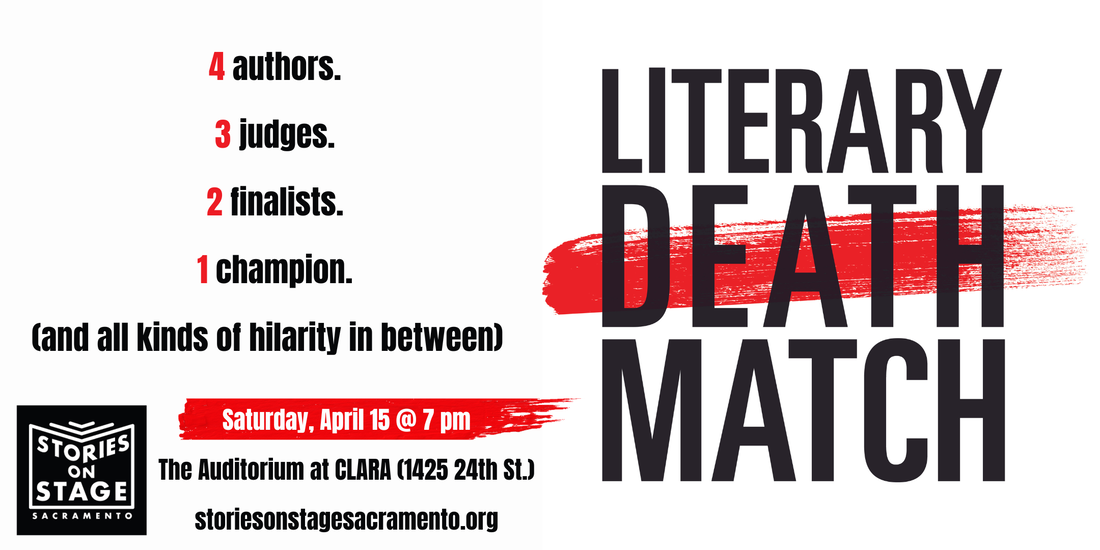 A special Saturday event in partnership with
Literary Death Match and the Chills at Will Podcast
BUY TICKETS
Literary Death Match, co-created by Adrian Todd Zuniga, marries the literary and performative aspects of Def Poetry Jam, rapier-witted quips of American Idol’s judging (without any meanness), and the ridiculousness and hilarity of Double Dare.

Each episode of this competitive, humor-centric reading series features a thrilling mix of four famous and emerging authors (all representing a literary publication, press or concern — online, in print or live) who perform their most electric writing in seven minutes or less before a lively audience and a panel of three all-star judges. After each pair of readings, the judges — focused on literary merit, performance and intangibles — take turns spouting hilarious, off-the-wall commentary about each story, then select their favorite to advance to the finals.

It may sound like a circus — and that's half the point. Literary Death Match is passionate about inspecting new and innovative ways to present text off the page, and the most fascinating part about the LDM is how seriously attentive the audience is during each reading. We've called this the great literary ruse: an audacious and inviting title, a harebrained finale, but in-between the judging creates a relationship with the viewer as a judge themselves.
​
Our ultimate goal is to perform the Literary Death Match all over the world, and to continue to showcase literature as a brilliant, unstoppable medium.
JUNE 9
Former Directors Night

​Work from some of our dedicated SOSS volunteers

​Creepy tales that are sure to give you goosebumps

Performances are held at
The Auditorium at CLARA
1425 24th Street
Sacramento, CA 95816
Doors open at 6:30 pm. All performances begin at 7 pm.
​Tickets are available for presale and at the door.