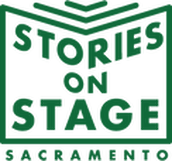 Friends, we're so disappointed to cancel our March events--Tod Goldberg and Anita Felicelli's stories performed by David Campfield and Katherine Miller at the Clara Auditorium and a writers workshop with Tod at Sierra 2.
The governor's direction not to hold any gathering at which guests sit closer than six feet apart was pretty much a deal-breaker. Your comfort, health and safety and that of our performers, authors and volunteers is of the utmost importance.
If you pre-registered on Eventbrite you should have received notification of your refund. Please let us know if you have not.
We'll be sharing audio-visual treats related to these authors in the coming weeks, and we hope we'll be able to gather together, in person, for our May 22 event, featuring authors Jess Walter and Joan Frank.
Wishing you and your loved ones good health and safety,
Shelley and Dorothy
storiesonstage916@gmail.com

Please join us Friday, March 27, 2020 for a darkly funny, criminally touching story-time for grownups.  You'll hear the work of literary crime fiction author and MFA program director,  Tod Goldberg, and award-winning fabulist/noirist author, Anita Felicelli. Soon we'll announce the actors who will perform their stories. Doors open at The Clara at 7:00 and the performance begins at 7:30. Please donate to reserve your spot below. (Our last event sold out in advance.) Capital Books will sell copies of our authors' novels and story collections. Sue Staats will bring her homemade cookies and Pushkin's Bakery will donate gluten-free delights. The Clara will sell wine and beer.
Register for performance

Saturday, March 28, Story-Maker Workshop participants will generate new written material by responding to prompts by NYT best-selling author and MFA professor Tod Goldberg (Gangsterland, Gangster Nation, Other Resort Cities & Burn Notice). You'll be invited to share your writing, though you may choose not to do so. Please bring an open mind and the tools you like to write with--journal, pens, pencils or laptop. The workshop is open to beginning to advanced writers, eighteen and older. This group will be capped at 20 participants. Workshop fee is $85. (Participants' workshop fees allow us to rent a space and to pay our author/facilitator, as we should.)
Register for Workshop

​Tod Goldberg
Tod Goldberg is the NYT, national, & international bestselling author of over a dozen books, including the novels Gangster Nation (Counterpoint), The House of Secrets (Grand Central), which he co-authored with NYT bestselling author Brad Meltzer, Gangsterland (Counterpoint), a finalist for the Hammett Prize, Living Dead Girl (Soho Press), a finalist for the Los Angeles Times Book Prize, Fake Liar Cheat (Pocket Books/MTV), and the popular Burn Notice series, including The Fix, The End Game, The Giveaway, The Reformed and The Bad Beat (Penguin), which were all named finalists for the Scribe Award. Tod’s short fiction has also been collected in two acclaimed collections, Simplify (OV Books), a 2006 finalist for the SCIBA Award for Fiction and winner of the Other Voices Short Story Collection Prize, and Other Resort Cities (OV Books). His books have also appeared on the USA Today, Washington Post, Chicago Tribune, Publishers Weekly, iBooks, Los Angeles Times, Wall Street Journal, and Bookscan bestseller lists. Both Gangsterland and Gangster Nation have been finalists for the International Thriller of the Year Award given by VN Magazine in Belgium.

His short fiction has appeared widely, including in Black Clock, The Normal School, and The Sun, and twice received Special Mention for the Pushcart Prize, as well as being named a Distinguished Story of the Year in the 2009 Best American Mystery Stories. His essays, journalism, and criticism have appeared in numerous publications, including the Los Angeles Times,  Los Angeles Review of Books, Wall Street Journal, Las Vegas Weekly and Salon, among many other publications, and have earned five Nevada Press Association Awards for excellence. His essay “When They Let Them Bleed”, which originally appeared in Hobart, was selected for Best American Essays 2013. For his body of work, Tod was honored with the Silver Pen Award from the Nevada Writers Hall of Fame.

Tod is also the cohost of the podcast Literary Disco, along with Julia Pistell and Rider Strong. Literary Disco has been named one of the best literary podcasts in the world by Washington Post, The Guardian, Mashable, Bustle, Good Housekeeping, Los Angeles Times, Electric Literature, Bookstr, Hello Giggles, and more. He also co-hosts, along with essayist Maggie Downs, Open Book on KCOD Coachella FM, the leading public radio station in the Coachella Valley.

Tod holds an MFA in Creative Writing & Literature from Bennington College and directs the Low Residency MFA Program in Creative Writing and Writing for the Performing Arts at the University of California, Riverside. He lives in Indio, CA with his wife, the beauty writer Wendy Duren.  His next books, Gang Related and Death of a Gangster, will be released in 2020 and 2021. ​
Anita Felicelli
Anita Felicelli is the author of Chimerica: A Novel (WTAW Press) and the short story collection Love Songs for a Lost Continent (Stillhouse Press), which won the 2016 Mary Roberts Rinehart Award. Anita’s stories have appeared in The Normal School, Joyland, The Rumpus, Kweli Journal, Eckleburg, and elsewhere. Her essays, reviews, and criticism have appeared in the New York Times (Modern Love), Slate, Salon, SF Chronicle, the Los Angeles Review of Books, Babble, Romper, Electric Literature, and elsewhere. She graduated from UC Berkeley and UC Berkeley School of Law. She is a member of the National Book Critics Circle and a Voices of Our Nations alum. Her work has placed as a finalist in multiple Glimmer Train contests and received a Puffin Foundation grant, two Greater Bay Area Journalism awards, and Pushcart Prize nominations. She lives in the Bay Area with her family.
2020 SEASON

Stories on Stage Sacramento In the News