Season 2023 and beyond: Co-Directors Jessica Laskey and p joshua Laskey

Executive Director
Jessica Laskey is a proud Sacramento native. She has been a freelance journalist since 2007 and a professional actor for more than 20 years. She serves as the Special Sections Editor for Comstock's Magazine and is a monthly contributor for Inside Sacramento, for which she's written more than 500 profiles of interesting Sacramentans. Her Comstock's article "Vaccination Anticipation" won First Place in the 2020 California Journalism Awards Print Contest for Coverage of the COVID-19 Pandemic - Health Reporting. Her work has also appeared in Sacramento Magazine, Sactown Magazine, The Sacramento Bee, OUT North Texas and more. Jessica is the co-founder of Theater Galatea and Indomita Press, both of which she runs with her husband, fellow SOSS co-director p joshua laskey. She has read many times for Stories on Stage Sacramento and its sister series, Stories on Stage Davis, for which she also served on the board from 2018-2019.

Artistic Director
Originally from Fair Oaks, p joshua laskey is currently earning his PhD in Humanities at the University of Texas at Dallas and misses all seven other far-flung cities he’s called home over the years. He is Associate World Literature Editor for The Literary Review, a Fellow at the Center for Translation Studies, and Artistic Director of both Stories on Stage Sacramento and Theater Galatea. He holds an MFA in Creative Writing from Fairleigh Dickinson University and an MA in Cultural Translation from the American University of Paris. He has published creative work including original, adapted, and translated plays as well as original and self-translated short stories, flash fiction, and poetry. He is the recipient of multiple awards across genres including Sacramento News & Review’s Best Original Play, Fairleigh Dickinson University’s Baumeister Scholarship in Creative Writing, Toyon Literary Magazine’s Multilingual Award in Translation, and Reunion: The Dallas Review’s Robert Bone Memorial Prize. He has read many times for Stories on Stage Sacramento and its sister series, Stories on Stage Davis.

​Former director and board member Sue Staats is a 41-year resident of Sacramento, originally from the East coast, Sue lives and writes in the leafy backwater of Curtis Park in a small house with a large cat and a famous guest house. Her fiction and poetry have appeared in numerous literary journals, including Los Angeles Review, Graze, Farallon Review, Alimentum, a Journal of Food, and Tule Review. She was a runner-up for the 2011 Gulf Coast Prize in Fiction, and her poem “Late Peaches” was the title poem for the 2012 anthology, Late Peaches: Poems by Sacramento Poets. She earned an MFA at Pacific University in 2011, and her stories have been performed numerous times at Stories on Stage Sacramento and Stories on Stage Davis. Sue is currently working on a collection of linked short stories. She continues to work on behalf of Stories on Stage Sacramento, focusing on special projects—interviews, podcasts, community partnerships and event night cookie baking.

Former co-director Shelley Blanton-Stroud retired from teaching college writing at Sacramento State and continues to consult with writers in the energy industry. She is President of the board of 916 Ink, an arts-based creative writing nonprofit for children. She serves on the board of the Gould Center for Humanistic Studies at Claremont McKenna College. She has also served on the Writers’ Advisory Board for the Belize Writers’ Conference and the non-profit organization, Slow Food Sacramento. Her debut novel, Copy Boy (She Writes Press 2020), is a depression-era coming-of-age noir about a girl who becomes a boy to escape crimes she may or may not have committed. Her second Jane Benjamin novel, Tomboy (She Writes Press) was published in June 2022 and a third novel in the series is forthcoming in 2023.
Former co-director Dorothy Rice retired from a 35-year career in environmental protection with the California State Assembly and CalEPA. She now writes and has published two books, Gray is the New Black: A Memoir of Self-Acceptance (Otis Books, 2019) and The Reluctant Artist (Shanti Arts, 2015), as well as fiction and essays in journals and magazines. She is Managing Editor at Under the Gum Tree and works for 916 Ink, leading creative writing workshops with area youth. She is also a private writing coach and developmental editor.
Casting director Jessica Laskey is described above.
Former director and board member Sue Staats is described above.

Sue Staats, Peggi Wood, Valerie Fioravanti, Victoria Goldblatt
Seasons 2013-2019: Director, Sue Staats
Former director Sue Staats is described above.
​Seasons 2013-2020: Casting Director, Peggi Wood
​Peggi Wood is a director and producer on the Sacramento theatre scene as well as a writer, screenwriter, storyteller, and performer. In 2015, Resurrection Theatre produced Peggi’s first short play, Demerol Dreams, in their 10×10 Original Play Festival, where she also directed two other plays. Her community theatre productions include DOG SEES GOD: Confessions of a Teenage Blockhead and Moving Mountains with EMH Productions and Dan Fagan’s A Tiger Without Mercy. A longtime volunteer for the arts, literacy and community service organizations, Peggi served as social media director and board member for Celebration Arts, a multicultural, multidisciplinary educational and performing arts non-profit organization. Her work with Celebration Arts, where she was involved from the casting process through rehearsal and staging production for more than two dozen shows, as well as being an avid regional theater-goer and spoken-word performer herself, give her access to a wide range of talent and a keen understanding of drama, helping her match the right actor to a writer’s work. Peggi now aims to recapture time to focus on her short story collection, Last Shift.
Seasons 2010-2013: Founding Director, Valerie Fioravanti
Valerie Fioravanti created our reading series in early 2010 as a way to inspire and connect writers in the Sacramento region. Her linked story collection, Garbage Night at the Opera, won the 2011 G.S. Sharat Chandra Prize for Short Fiction and is available from BkMk Press. Stories from the collection have appeared in North American Review, Cimarron Review, and Night Train, among others. In 2004 Valerie received a Fulbright Fellowship to work on a novel set in Italy, Bel Casino. Her essays have appeared in Portland Review, Eclectica, Silk Road, Puerto del Sol, and others. She teaches writing, works as a writing coach, and coordinates the Master Teacher Weekend Workshops series. A NYC native, Valerie lives contentedly in tree-lined, walkable midtown Sacramento–home to a great restaurant scene; impressive, wide-ranging theatre options; and some very talented and generous writers.
Seasons 2011-2012: Casting Director, Victoria Goldblatt
Victoria Goldblatt was our first casting director. She has performed for over 20 years, in films, commercials, community theater and voice-overs for TV and radio, along with her show, Cabaret Night with Victoria and Friends. She has read many times for Stories on Stage Sacramento and Davis.  She's a former member of the Steering Committee for the Playwrights Collaborative.  She recently won two awards from Free Fall Stage's play-writers Competition, for Audience Best Choice and Best Director. She owns her own business, OptimumBody, offering health consulting, exercise, and business coaching.

The programming provided by Stories on Stage Sacramento would not be possible without the efforts of our tireless, talented, resourceful volunteers and friends, many of whom have been with the series since its inception and participated in its growth and evolution. We can't thank them enough for their loyalty and dedication to Sacramento's premier literary performance series. Volunteer applications are accepted via the Contact page. 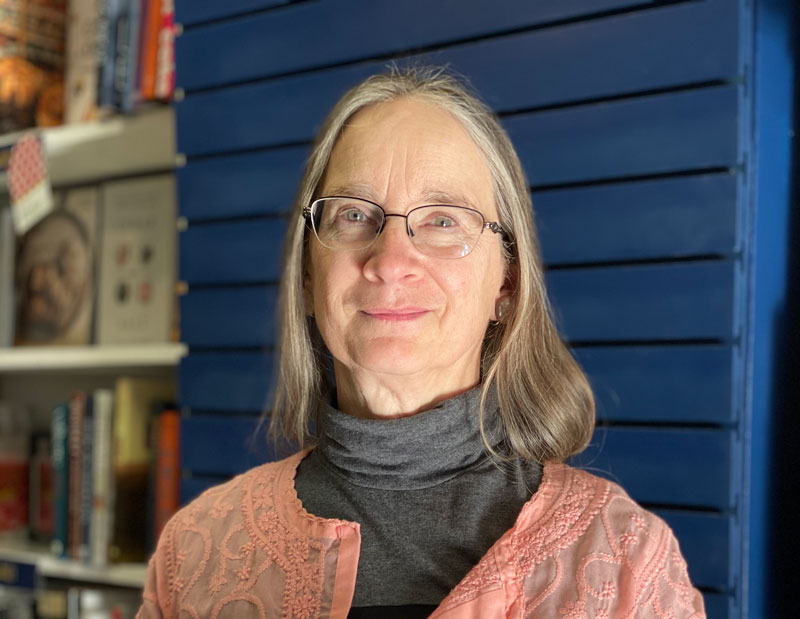 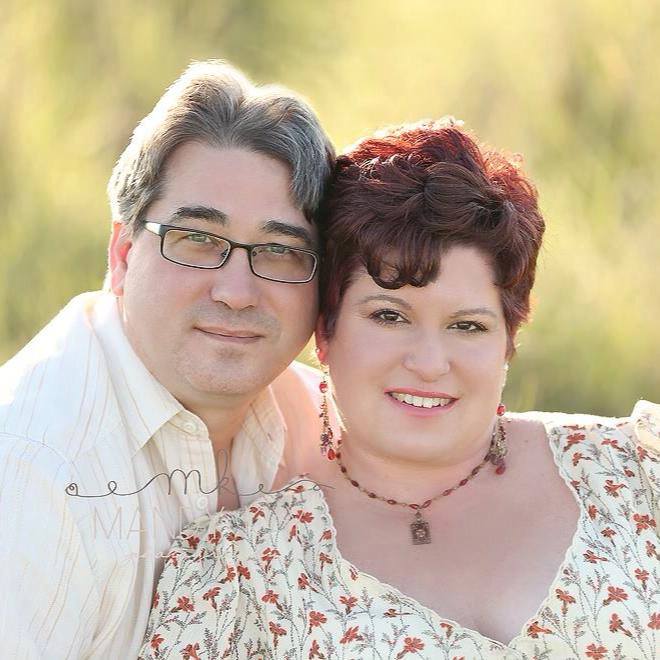 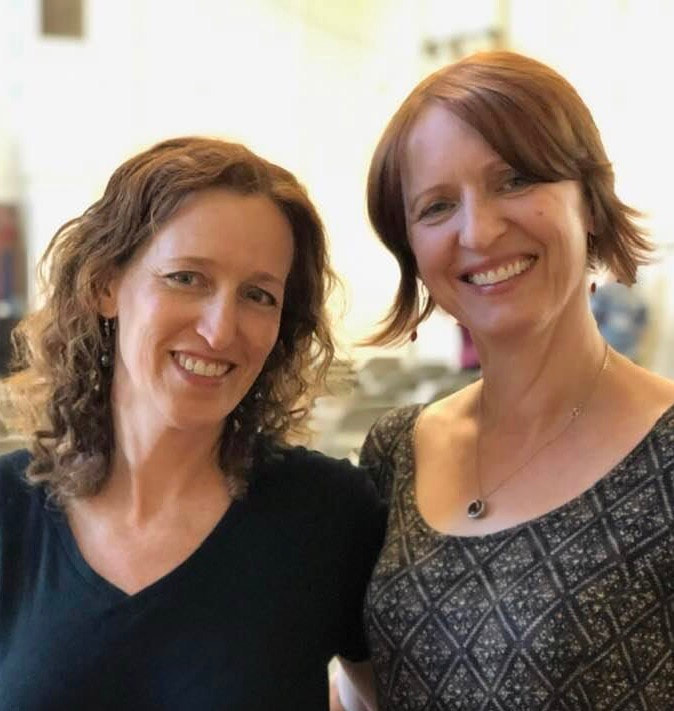 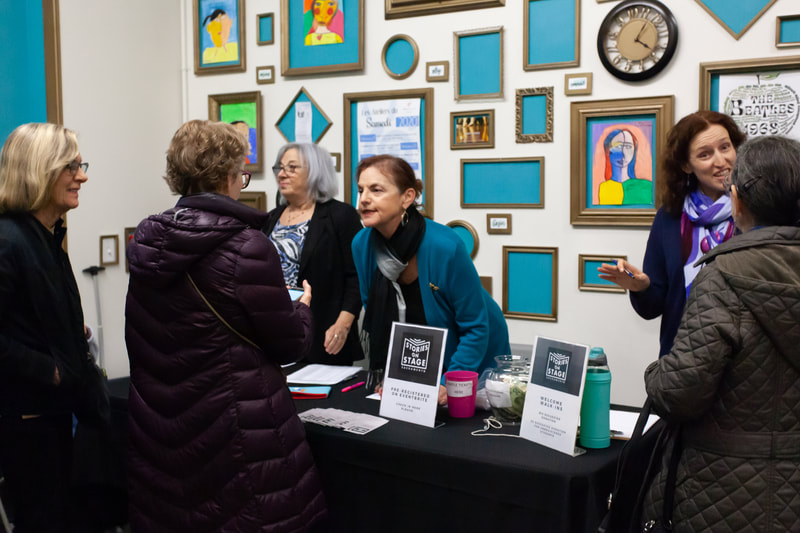 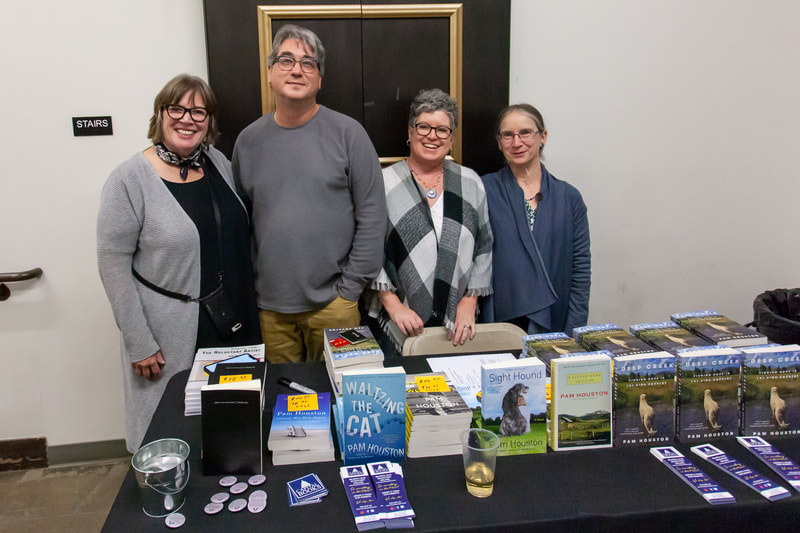 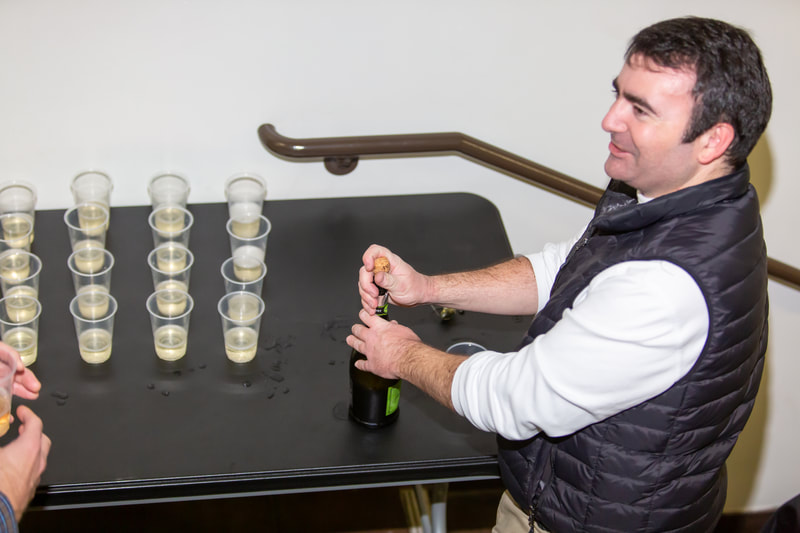 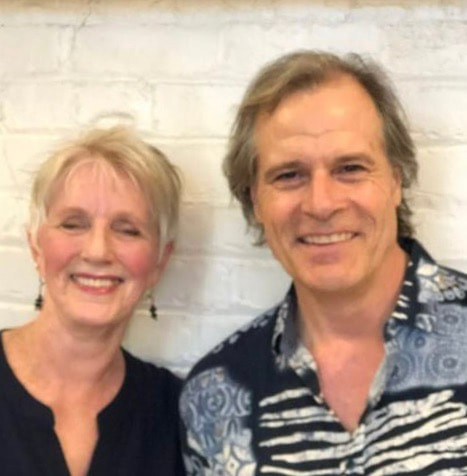 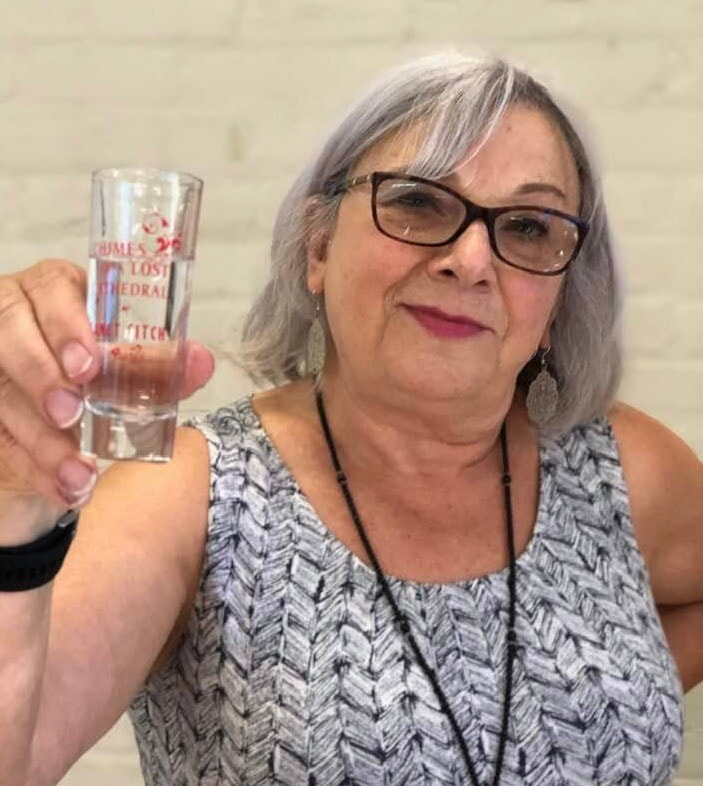 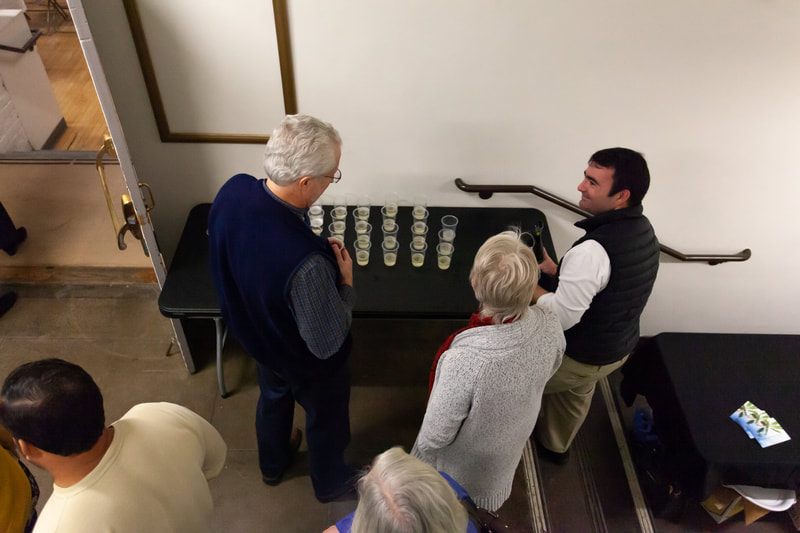 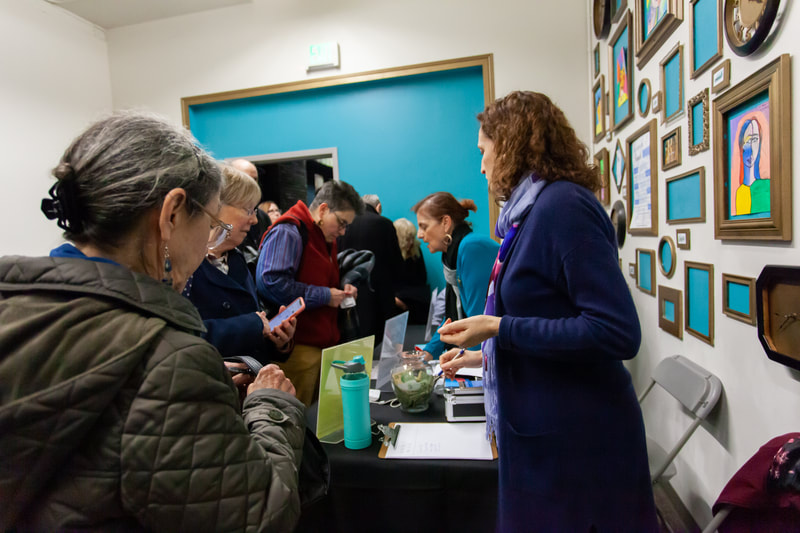 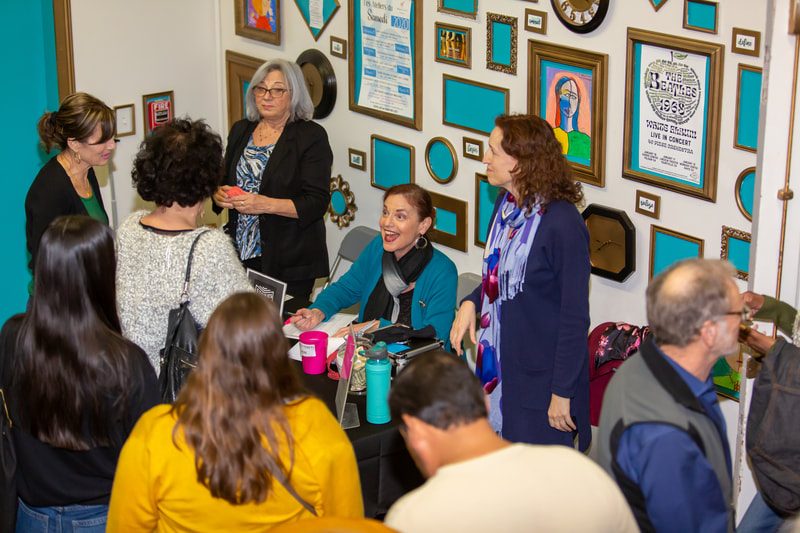